Why theatre is the perfect place for horror

With horror festivals retreating to the dark, dank places from whence they came, let’s take a moment to remember why theatre is the perfect home for horror.

Just as August belongs to Edinburgh and December to pantomime and endless adaptions of A Christmas Carol, October belongs to Halloween. 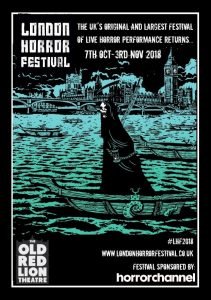 This is when theatre horror festivals thrive all over the British Isles.

Outside of October, however, horror theatre can be scarce.

This is particularly evident on main stages, both in London and regional.

Why is this the case?

Why aren’t more people making the most of it?

Andy Nyman, writer-director-actor of British horror film Ghost Stories, originally a stage play (just saying) believes horror theatre can in fact outdo horror cinema for one reason… the audience are in the same space as the characters.

Whatever monstrosity is pursuing those on stage, whatever unholy hell is being unleashed, it’s in the same room as you.

Ghost Stories by Jeremy Dyson and Andy Nyman at the Duke of York’s, 2010

That’s why The Woman in Black has been on stage for over 30 years.

Every jump scare strikes harder than on screen because the woman in black is standing right next to you.

You could, if you wanted, throw your overpriced interval ice cream at her and probably make contact (although I wouldn’t recommend it).

Anyone who’s seen it has a story of sitting too close to the door, the aisle or in the back row and had her walk past them.

No matter how violent, visceral or all-round engaging film can be, the ghost can never reach out and physically touch you.

Whereas, in a theatre, what’s to stop them? 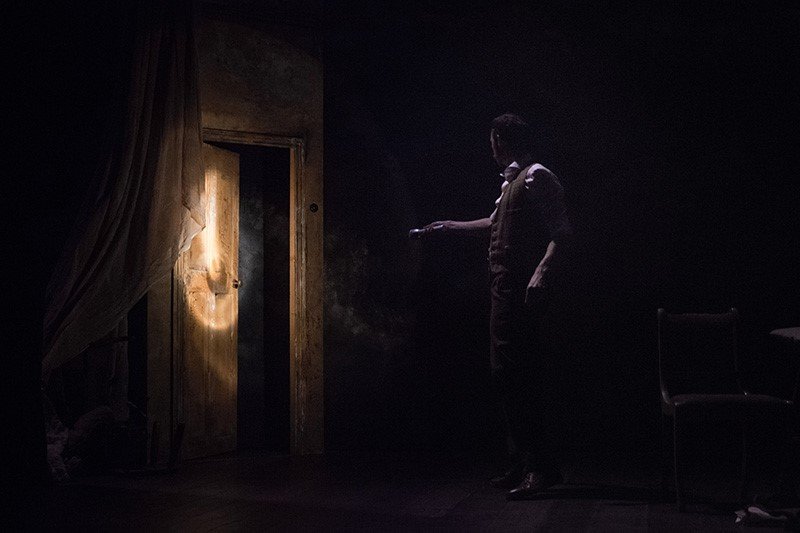 The Woman in Black, currently on at the Fortune Theatre, London

Now I’m not saying theatre should go full whack and have a ten-foot monster on stage because everyone will see it’s made of rubber or paper mâché.

If there’s one way cinema triumphs over theatre, let’s be fair, it’s CGI.

But I once heard someone say how, in cinema, to make a cup fly you need computers, a special effects team and a lot of cash.

In theatre, you need a person on stage lifting a cup saying, “This is now flying.”

In my mind, that’s the closest most of us will ever be to believing we’ve seen a ghost.