Women In Horror: Refusing to refuse to look

We hope you’ve enjoyed our short run of articles celebrating some of our writer’s favourite Women In Horror. The last article in this series is a little different, and is dedicated to ‘women in horror’ everywhere, who continue to fight ludicrous, outdated stereotypes.  This is ‘Refusing To Refuse To Look’ by our own horror queen, Bruna Foletto Lucas. 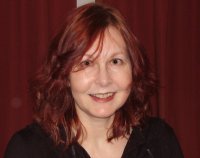 The phrase “refusing to refuse to look” comes from a study done by Dr Brigid Cherry in 1999, that debunks a theory put forward by Linda Williams in the ‘70s that says that women refuse to look at the screen because of the horrific sight that horror movies provide.

Williams wasn’t completely wrong when she said women didn’t like looking at their own victimisation and over sexualisation on screen, but that doesn’t mean that we need “to hide in our boyfriends’ shoulders” – as she claimed -, or that we can’t stand to look at gore and violence.

The horror genre has always been controversial, and its duality comes from the fact that horror texts can be used in different ways. Whilst in the ‘70s and ‘80s horror was used to secure traditional roles within society, and to warn teenagers of the dangers of sex and drugs by killing off those characters who would indulge in one of those two, by a machete, a hook, a butcher knife, a trident, whatever was the killer’s weapon of choice. Now, the horror genre is being used (once more) to shine a light on social issues, such as racism, mental health, and sexual freedom.

To confuse things a bit further, the role of women in horror presents an even more problematic perspective. Again, during the ‘70s and ‘80s female characters were represented as one-dimensional characters that had to endure rape in never-ending scenes (I Spit on Your Grave, I’m talking to you) and overly horrific and unnecessarily nude death scenes.

But now, they are finally gaining their due respect. In the last few years, the horror genre has become the only genre to treat women and men as equals – the amount of horror films with a female leading character is superior to any other genre.

Women went from victims to survivors to protagonists, and one of the main reasons for that evolution might be because of the chunk of attention given to the genre. With the rise of feminism and sexual revolution in the ‘70s, women started to look at films and look at the way they were being represented in the narratives, and thus the Feminist Film Studies was created.

This institution is aimed solely at studying the place of women in films, both behind and in front of the camera. And due to the strong attention given to horror genre by academics, it didn’t take long for the genre to gain focus by the feminist film theorists.

Feminist Film Studies was divided in two main paths – those films that were analysed by a feminist lens, and those that were made by women. With the attention centred in the role of female characters on screen, theorists began to realise that the female characters weren’t really that important for the narrative as they didn’t drive the storyline forwards, instead they followed the male character who in turn, was the one giving meaning to the story.

Female characters seemingly had one purpose: to be looked at. They were ‘prizes’ for the male hero, they were the damsels in distress who waiting for their rescuer, and they were the ones who needed to be straightened (literally) after being corrupted by the lesbian vampire. 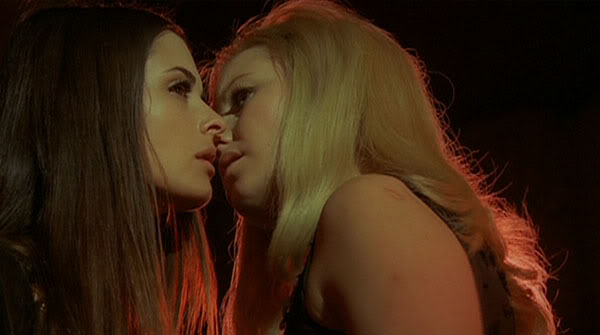 A scene from 1971’s Vampyros Lesbos

With the conception of the Final Girl, the role of the female character started to gain recognition, and because the Final Girl would be the one in the end to resist all of the killer’s attempts in killing her, it portrayed that she was strong and resourceful.

But then, duality strikes again, and the idea that the Final Girl reinforced the concept of “good girl lives, bad girl dies” was put forward. By analysing the reasons behind her survival – the only one who didn’t have sex or didn’t use drugs – and how she survived – after a lot of screaming and the help of a male rescuer – the idea of the Final Girl became, like everything in the horror genre, hazy.

Nevertheless, the recognition of the Final Girl’s recurring trope in horror films is important to understand the history of female characters in horror films, and with time, it helped to turn the genre on its head, by reappropriating the term as a feminist one.

Scream was one of the first films to subvert horror tropes and create strong female characters that, above all, are human – three dimensional and flawed. The female characters in Scream are different in every sense. There’s the Final Girl who is strong and fights with the antagonist, and on many occasions killing them.

Then there’s the fame-seeking Journalist; the killers, the best friend, the sexy one, the nerd, but whatever their key characteristic, they are never there for the sole purpose of being killed. They matter – they are lovable in their own screwed up way, they are defiant, which means that even though they die, it is not without a fight.

After Scream, horror films have been challenging and changing themselves. But more recently, a film that really shut down the “sex=death” trope is It Follows. A film that, with a female protagonist, provides a simple answer to survival: to have sex with as many people as possible.

As important as it is to have the role of the female characters evolved, the growing presence of women behind the camera is helping to shape the genre. Women are writing themselves and they are creating believable characters, lovable and hated ones. They are showing that there isn’t one way to portray women because there isn’t one WOMAN — there are multiple identities and for me, each needs to be recognised in cinema.

Female filmmakers have long complained about the lack of role model for girls in horror films, throughout the years women have been silenced in film but now they are shattering the walls they were put into and breaking them alongside box office records (within and outside the horror genre). But the amazing thing about horror is that it allows filmmakers to create the unimaginable, and with that freedom comes endless possibilities for female characters.

Women filmmakers are creating stories that are well known to girls, they are writing their own fears and giving a voice to expose the dangers of patriarchy and oppression, and they are also breaking taboos generally associated with girls, such as violence, pregnancy, open sexuality and professional/personal agency.

To validate these advances, these films are being praised by critics and audiences alike. They are winning awards and are ranking in “top films” lists. This is not really a surprise, as women have been fans of the genre since its very beginning. They are horror enthusiasts, and thus are familiar with the tropes of the genre. Therefore, by knowing what works and what doesn’t, whilst re-evaluating their place in the genre, they are able to create relevant films.

In addition to the filmmakers and the characters, the fans should get their own appreciation. It is a result of their hunger for new stories that we’re seeing festivals solely aimed at women filmmakers, as well as a whole month focused on women in horror being created.  This really does help female filmmakers grow and explore more and more.